Create a dedicated folder (such as ~/ergo) for running the node and download the latest Ergo client release .jar

Note that instead of downloading the precompiled Ergo jar, you can clone the repository and compile the jar from the source using SBT by issuing the sbt assembly command. Alternatively, you can also use Docker

Then issue the following command to run the node for the first time.

It is better to use more memory on heap-Xmx4g for initial syncing. -Xmx1g should be enough when node is full synced. The node will start syncing immediately after this. Wait for a few minutes for the API to start and go to the next step.

The node will start syncing immediately after this.

We need to set a secret password to protect the API. In this example we'll use hello - but you must use a different and strong secret. 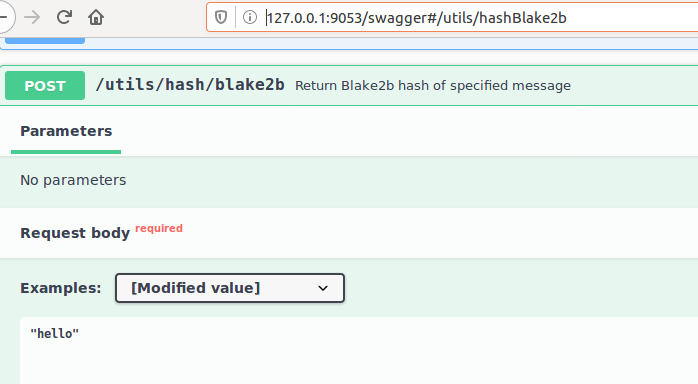 Copy the hash response which we'll place back in the ergo.conf file.

Restart and your node should now be syncing and you should be able to access the API.

Check if the node is synced#

While the node is syncing, the panel will show "Active synchronization" (see the image below). 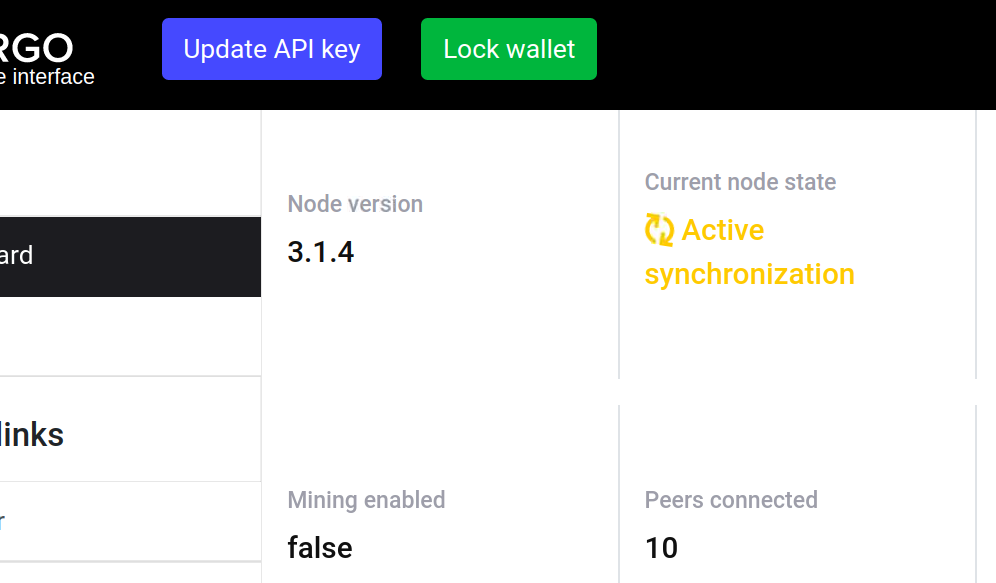 After the node is fully synced, the text will change to "Node is synced", as shown below.

You can also check this at 127.0.0.1:9053/info and compare to the latest block height given at explorer.ergoplatform.com

To safely shut down the node, use the following command

Running this command in a new terminal will let you spot any errors or warnings.