A part of ASIC resistance on Autolykos v2 is credited to Ergo’s periodic memory table adjustments. These adjuments slowly increase the minimum GPU vRAM required to mine Ergo over time. The goal is if someone built an integrated circuit (ASIC) for the memory table today, they would likely have issues with their ASIC machine when the memory table is adjusted (increased) according to the schedule at a later date.

We know from Ethereum that ‘memory hard’ algorithms can be conquered by integrating memory on ASICs. Ergo is different but let’s first revise why an ASIC with limited memory is uncompetitive and why a miner needs to store list R.

Line 8 of Autolykos block mining deters machines with limited memory. - If an ASIC miner does not store list R, they require a lot of cores to generate the 31-byte numeric hashes on the fly. - 32 r values cannot be efficiently calculated using a single core loop because an output would only be generated every 32nd hash cycle. - Given J, to compute one nonce per hash cycle, at least 32 Blake2b256 instances running dropMsb(H(j||h||M)) are needed. - As we mentioned above, this increases die size and cost significantly. Storing list R is worthwhile because having 32, or even 16, cores are very expensive. More to the point, reading memory is faster than computing Blake instances every time a nonce is tested.

For every tested nonce, Autolykos runs about 4 Blake2b256 instances and 32 memory fetches, while Ethash runs about 65 SHA-3-like instances and 64 memory fetches. Not to mention, k is currently set at 32, but this value can be increased to retrieve more r values if needed. ASICs that run Ethash have a lot of room to increase SHA3 hashing speed since 65 hashes are completed per tested nonce compared to about four on Autolykos. The ratio of memory fetches to hash instances is much greater on Autolykos. For this reason, Autolykos is more memory-hard than Ethash since memory bandwidth plays a much larger role than hashing speed.

An area where Autolykos optimisation could take place is the filling of list R. The filling of list R requires N instances of a Blake2b256 function. N is large and only getting larger, so that’s a lot of hashing. An ASIC could optimise the speed of Blake2b256, yielding more time for block mining since list R is filled sooner. Although this can be done, filling list R requires cycling through [0, N) and a GPU with 32-wide multiprocessors can already fill list R very fast (in seconds). One would need an ASIC with many Blake cores to be significantly faster – again, very expensive and probably not worthwhile since the bottleneck could become memory write bandwidth (i.e., writing list R to RAM rather than hashing speed).

The last area that can be optimised for Autolykos is a memory read/write speed. Ethash ASIC miners have a slightly faster read speed compared to GPUs, as the memory is clocked higher without the effect of GPU throttling. However, this difference is insignificant and is expected to become more insignificant as GPUs advance. This is because the memory hardware itself is the same: DRAM. One may question if faster memory hardware could be utilised whereby memory read and write speed is far quicker. SRAM, for instance, could be an imaginable next step in breaking memory hard algorithms, however, SRAM is not a feasible solution simply because it is less dense.

One major difference between an algorithm like Autolykos and others is the use of Blake2b256. This is no coincidence. Blake relies heavily on addition operations for hash mixing instead of XOR operations. An operation like XOR can be done bit by bit, whereas addition requires carrying bits. Thus, Blake requires more power and core area compared to SHA algorithms, but it is still as secure and faster. As mentioned on the Blake2 website, “BLAKE2 is fast in software because it exploits features of modern CPUs, namely instruction-level parallelism, SIMD instruction set extensions, and multiple cores.”[3] Thus, while an ASIC can output Blake instances faster, the innate nature of the function limits optimisations by requiring addition and involving features found in CPUs and GPUs. 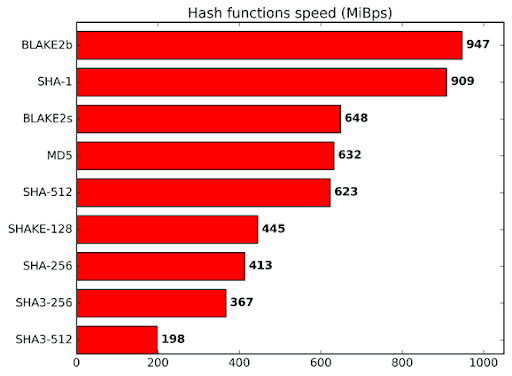 A Field-Programmable Gate Array contains an array of programmable logic blocks and a hierarchy of reconfigurable interconnects, allowing blocks to be wired together. Logic blocks can be configured to perform complex combinational functions or act as simple logic gates like AND and XOR.

In most FPGAs, logic blocks also include memory elements, which may be simple flip-flops or more complete memory blocks. Many FPGAs can be reprogrammed to implement different logic functions, allowing flexible, reconfigurable computing performed in computer software.

Are there FPGAs on the network?#

A couple that we know of (see below). Most likely only hobbyists at this stage for the reasons described below.

FPGAs have an edge in power consumption, but GPUs should still be competitive.

What are the benefits?#

How long away are we from FPGAs being competitive?#

There is no public miner, so even if you got your hands on one, you couldn't use it without writing it yourself. There is a chip shortage, so unlikely to be competitive or available at scale for years. Assuming you could order an E300 at retail prices and run it today, ROI would take ~52 years.

Here's a benchmark on the Osprey E300 (three XCVU35P FPGAs):

The E300 is an FPGA recently listed for sale by OspreyElectronics; it has High Bandwidth Memory (specifically Samsung Aquabolt HBM2 - the same memory which is on the Radeon VII, just two stacks, not four.) and retails at $4,999.00

Should we stop FPGAs?#

This is for the community to decide.

Who's working on FPGAs?#

Some pictures of his FPGAs here: Some technical writings here:

@BigEvilSoloMiner has also been working on FPGAs.

I've been quietly mining both ETH and ERG with FPGAs and Nvidia GPUs. I have four different FPGA implementations for Autolykos V2, and the fifth one is still in development, so HBM FPGAs are on the network. But given their costs, GPUs still have the edge for now; it all comes down to your energy costs. I am going to be sponsoring some open source FPGA and GPU development for ERG mining. 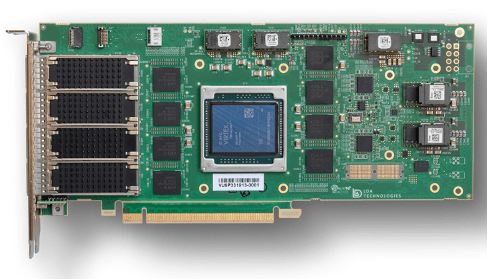 The above photo is an FPGA with eight memory chips on the front and another eight on the back. The total SRAM memory is only 576MB. Fitting sufficient SRAM on a die won't work because the SRAM will need to be placed further from the core as it is not dense enough to fit in one layer around the core. This can result in read/write delays because electricity needs to travel long distances even though the hardware is faster. Additionally, to mine Ergo, the memory requirement increases as N increases, so fitting sufficient SRAM is not feasible over time. Thus, SRAM ASICs are not worthwhile exploring even if one has enough cash to spend on SRAM itself.