Mixers are basic tools that restore the fungibility of digital notes.

The first scheme on Ergo, ZeroJoin, is based on ring signatures and proof of knowledge for a Diffie-Hellman tuple (for publicly known g, h, u, v, there exists w, such as g&w == u && hw == v)

ZeroJoin is based on two-party interactions called Σ-protocols. Specifically, we need two types of Σ-protocols described below.

Let G be a multiplicative group of prime order q where the Decision Diffie-Hellman (DDH) problem is hard.

This is two instances of the first protocol running in parallel.

We use the non-interactive variant of the above protocol obtained via a Fiat-Shamir transformation, where c = H(t0‖t1‖m) for some message m to be signed.

ErgoScript supports both protocols and thus has all the primitives needed to implement ZeroJoin. 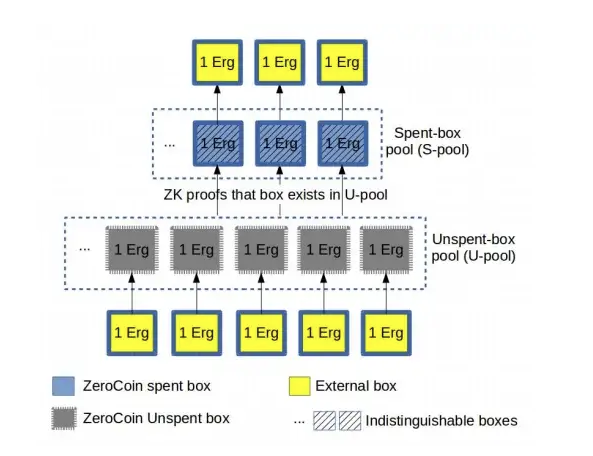